CBD Hemp Farming in Mexico Set to Take Off

Mexico is one of the countries with the most potential for regulation on cannabis and hemp. The market, however, hinges on finalizing those laws and regulations. Mexico has made progress in 2018 by releasing a Supreme Court ruling that found a complete ban on cannabis unconstitutional. Two years later, the country’s lower level of Congress passed a law that would allow adults to smoke marijuana and grow their own plants with a permit at home. Mexico is on the verge of legalizing marijuana as a means to provide economic opportunity for its citizens. Commercial producers, small farmers, and even those with criminal records would be able to grow and sell it to the public! Marijuana is rapidly becoming legalized in the United States, but there are still many restrictions on hemp farmers. For example, importing hemp seeds from across the border illegally. The connection between hemp and marijuana is a worldwide problem. Hopefully, as marijuana becomes legal, restrictions on hemp farmers will be lessened. Building a future-proof business is challenging. When hemp finally becomes legal to grow in Mexico, companies that are quick-thinking and plan ahead will prosper. Hemp is a hot commodity, and anyone who wants a piece of the pie will have to act fast.

Although hemp cultivation is currently not legal in Mexico, things are about to change. The passage of the bill is an opportunity for Mexico to join the global hemp and CBD market. By providing a licensing program for hemp cultivation, Mexico is only a matter of time from joining its competitors.

Hemp-based CBD products are already a booming industry. And experts say the sales numbers could be even higher in the near future. According to a report by Grand View Research, Inc., the Mexico hemp CBD market size is forecasted to reach $275.8 million by 2025. For comparison, this is more than double what it was just last year (2017). Sales from personal use are expected to be the fastest-growing segment of the market. Tens of thousands of people are turning to CBD oil as a cure to their ailments. CBD oil is becoming a major factor in the growth of the wellness industry. One of the fastest growing parts of the wellness industry is food and beverages. In addition to the expected changes in law, the increased awareness of the health benefits of cannabidiol (known as CBD) is driving growth in this market. Now that the new law has gone into effect, we believe the CBD industry in Mexico will be primed for exponential growth. As consumers become more knowledgeable and aware of these benefits, we anticipate an increase in demand and subsequent expansion of this segment. 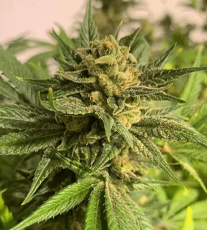 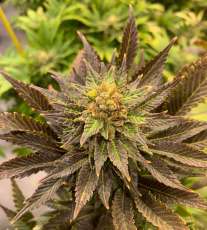